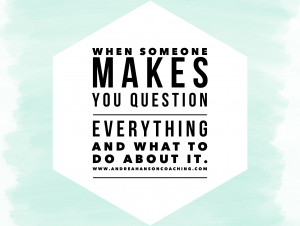 That’s how she replied when I said I didn’t feel any pain from my MS.

I had just led a workshop at the MS Society about how to lower stress and effectively use positive thinking. Everyone was very open and honest about their personal situation and how they could help themselves.

I had no idea what to say as I stood there with a confused look on my face.

I could feel my body trying on different emotions (shocked, hurt, and angry) like it was looking for the perfect dress to wear to this strange occasion.

This hurtful comment was truly unexpected and I had a moment of disbelief. Was this woman actually telling me that my feeling good has an expiration date?

When you expect someone to be on your side and instead they give you bitter, hurtful comments, what do you do?

The thoughts flipped through my head.

“People with MS are supposed to be supportive of each other, right? Why was she being so awful?”

“What if she knows something I don’t? What if she’s right and it’s only a matter of time before my MS gets out of control?”

“Who is she to throw feeling good in my face like that?”

After what felt like an eternity (but was probably a few, very normal, seconds) I settled on feeling compassion and a little sadness.

I saw that this woman was hurting and just wanted others to feel her pain.

I felt bad for her because I knew there was more than just physical pain going on – she was emotionally hurt and didn’t know how to process it.

I think I finally replied, “wow…okay…” as she walked out.

She dropped the comment like a hot potato as she made her exit. I’m sure she didn’t know how to feel about what she said, either.

I wish I could tell you that was the end of the story. I would love to say I wrote her comments off right then and there.

But what she said really stuck with me.

I started thinking that I shouldn’t talk about how good I felt. I believed that no one wants to hear how well I’m doing- and maybe talking about being in remission was insensitive.

I hesitated when talking about how I really felt – and ended up feeling like I was hiding something.

Does this sound familiar? You may brush off a comment because you hardly know the person, or understand that what they say is based on misinformation. But the message still sticks. It runs in the background of your mind and keeps affecting how you feel.

What’s worse, a comment from one person becomes “what ‘they’ think about me.”

The belief of “what ‘they’ think about me” makes one comment feel so much bigger than it is. We can feel resentment, hesitation, and defensiveness towards what we think is a group of people, instead of just one.

How we act, what we say, who we open up to, is all negatively affected because, in our minds, it’s an imposing, collective view of who we are.

Feeling like we have to mute ourselves is the true cost of believing what other people say about us.

It’s not that we can’t ignore ignorant comments and brush off the bad juju (although sometimes that’s hard, too). It’s that a seed is planted and we allow a vine to grow and wrap around everything we do.

But here’s the good news- and there’s always good news.

All of this – how I felt, shying away from who I am and how I can truly help people- was all just based on negative thoughts I believed to be true.

Thoughts I could choose not to believe.

So I did my work, I hired a coach to help (because some things even a coach can’t coach for themselves) and I chose to believe something else instead.

The belief that worked for me was “what anyone else thinks has nothing to do with me.” And I believe that to this day, because it’s true.

What someone thinks of you is predicated on what they believe, what their circumstances are, and how they interpret the world.

None of that has anything to do with you.

A client of mine loves to send me notes saying “they don’t like my green hair.” She doesn’t have green hair. But she knows that what other people think of her is no different than what they think of her non-existent green hair.

Oh – and “they” are about as real as the boogeyman. There is no “they.” What you assume “they” think is really what you think about yourself. Which – you guessed it – is good news because you can change how you see yourself, too.

Caveat: I know some of you are thinking, “but when it’s my boss or a coworker talking to my office, what they think does affect me personally.”

I hear this a lot (because let’s not lie, offices can be shady).

So at that point you will deal with their actions – which is so much easier than trying to change what someone else thinks.

Thankfully, my little “hot potato drop” after the workshop happened years ago. And my mission wasn’t subverted for long.

But any amount of time spent staying fearful of “what they think” is too long.

Have you ever had a feeling that someone was talking about you?

Here’s the bigger question – did you care what that person thought?

The answer to that question most likely depends on who the person is, right?

If it was someone you barely knew, generally we think, “Who cares.” But if it was a coworker, your mother or your spouse, it hurts.

The truth is, whether the person saying something mean is your twin sister or a stranger on the subway, they’re all someone else’s thoughts that truly have nothing to do with you.

And what they believe isn’t your responsibility any more than what you believe is someone else’s.

Keep that in mind next time you get a crazy/rude/puzzling comment. 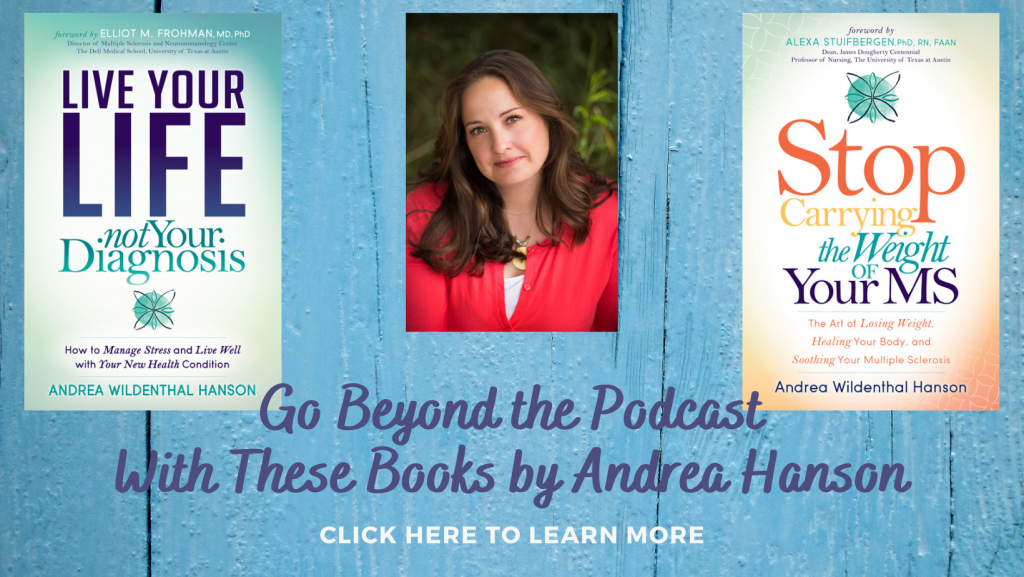